GODZILLA 1954, GODZILLA 1999, MECHAGODZILLA 1974
A Diamond Select Toys release! The King of All Monsters is now the King of All Vinimates! Godzilla and Mechagodzilla headline the first series of 4" vinyl figures based on the classic Godzilla films! The black-and-white Godzilla of 1954 and the full-color Godzilla of 1999 team up against their robot doppelganger, and each has an articulated neck to customize their pose. Each comes packaged in a full-color window box. Designed by Barry Bradfield! Release date: July 2019.

​A Diamond Select Toys release! From the deep, a new line of Gallery PVC Dioramas rises! Starring Godzilla, his allies and his enemies, each diorama features exacting sculptural and paint detail. The first offering features Godzilla in his 1991 appearance, from Godzilla vs. King Ghidorah, and measures approximately 10 inches tall. Connect it with King Ghidorah, coming soon, to form a larger diorama! Designed by Joe Allard, sculpted by Jorge Santos Souza. Release date: Sept 2019.

New figures Gipsy Avenger, Bracer Phoenix, and Saber Athena, (Series 1, above) with Titan Redeemer, Guardian Bravo, Obsidian Fury, (Series 2, below) being released August 2018. They are between 7 and 8 inches tall and will be sold in two versions one a $24.99 deluxe model with interchangeable parts and accessories and nicer packaging, which will be sold at specialty shops and online retailers, and a “streamlined” $19.99 edition to be sold at Toys “R” Us (probably without the accessories). Hakuja is approx 12 long and will be released Aug 2018 (bottom). There will also be the versions from the first film being released down the road. 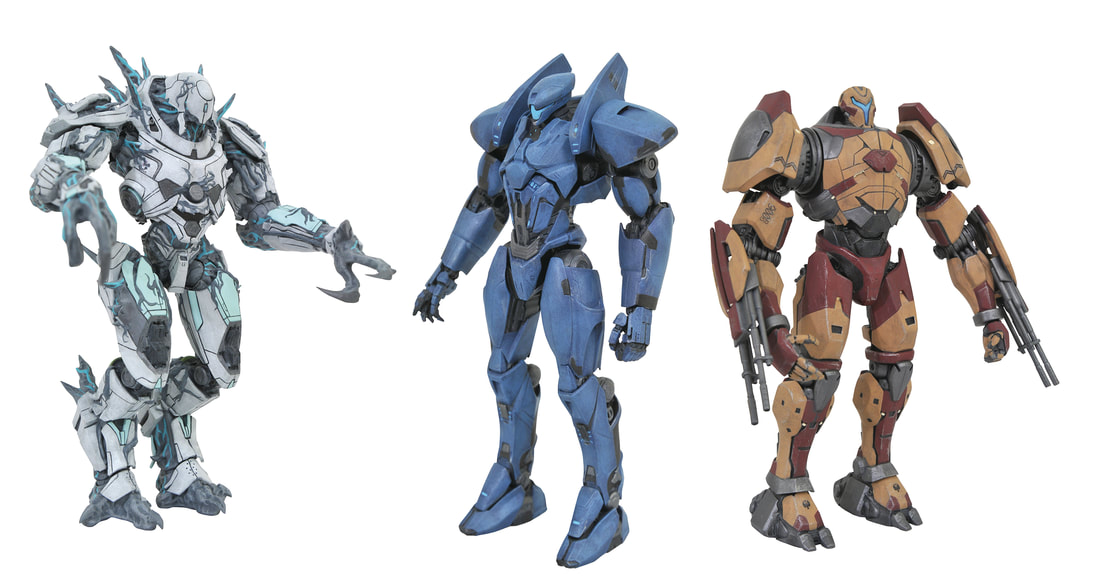 ​A Diamond Select Toys Release! Join the Uprising! Three new Jaegers are joining the fight against the kaiju menace, and each giant robot is cooler than the last! Joining the six Jaegers in Series 1 and 2, November Ajax, Valor Omega and the Kaiju-infected Jaeger Drone each measure between 7 and 8 inches tall. Each figure comes with interchangeable alternate hands, and each features approximately 16 points of articulation! Packaged in display-ready Select action figure packaging, with side-panel artwork for shelf reference. Sculpted by BigShot ToyWorks!  Release date Nov 2018.

Measuring approximately 13 inches tall, this massive bust features incredible sculpted and painted detail, and is the ultimate cinematic collectible from the Pacific Rim movies. Limited to only 1,000 pieces, the bust comes packaged in a hand-numbered, full-color box with a hand-numbered certificate of authenticity. Sculpted by Bigshot Toyworks! Release date Nov 2018. 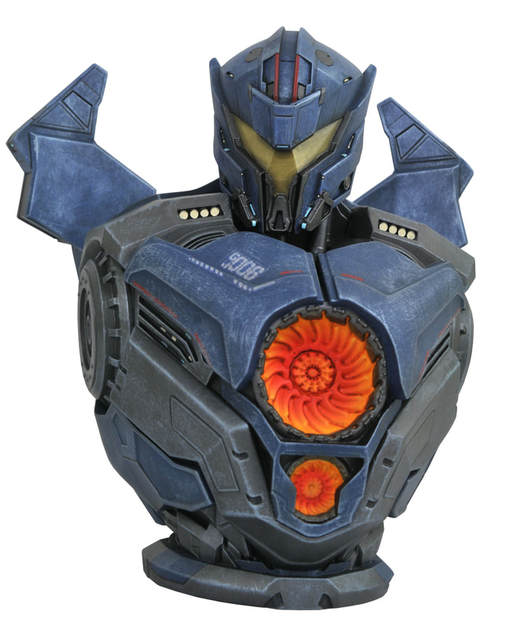 ​A Diamond Select Toys Release! Save some cash for the upcoming apocalypse with this vinyl bust bank of Gipsy Avenger! The massive Jaeger is now an approximately 8-inch vinyl bust, featuring detailed sculpting and paint applications, as well as a coin slot on the back and an access door on the base! It's a collectible and a place to collect your change! Bank comes packaged in a clear polybag. Sculpted by BigShot ToyWorks!
Release date Dec 2018. 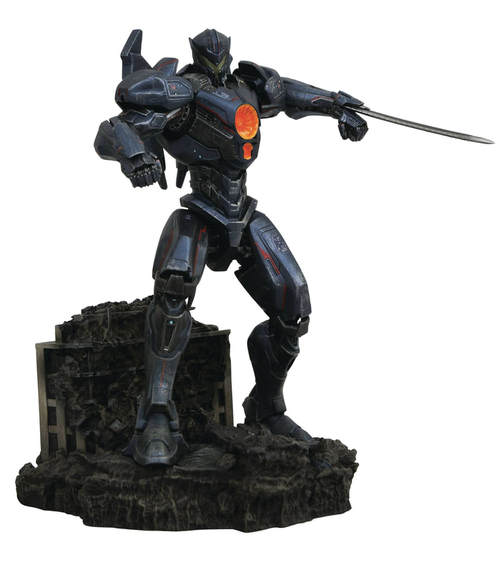 A Diamond Select Toys release! How titanic is your Gallery? The world of Pacific Rim Uprising just got even bigger, with the first ever Gallery PVC Diorama from the hit sequel! Gipsy Avenger stands on guard against Kaiju (and rogue Jaegers) above a diorama of decimated buildings in this 10-inch sculpture, cast in high-grade plastic and featuring detailed paint applications. Packaged in a full-color window box, it was designed and sculpted by BigShot ToyWorks.
​Release date March 2019.